I recently visited Rome, in the height of summer, on a weekend break with one of my sisters are her seven-year-old son. It certainly wasn't the most ideal time or conditions for capturing Rome from a photographic point of view, but I made the most of it, combining sight-seeing and spending time with family with the odd snap or two. 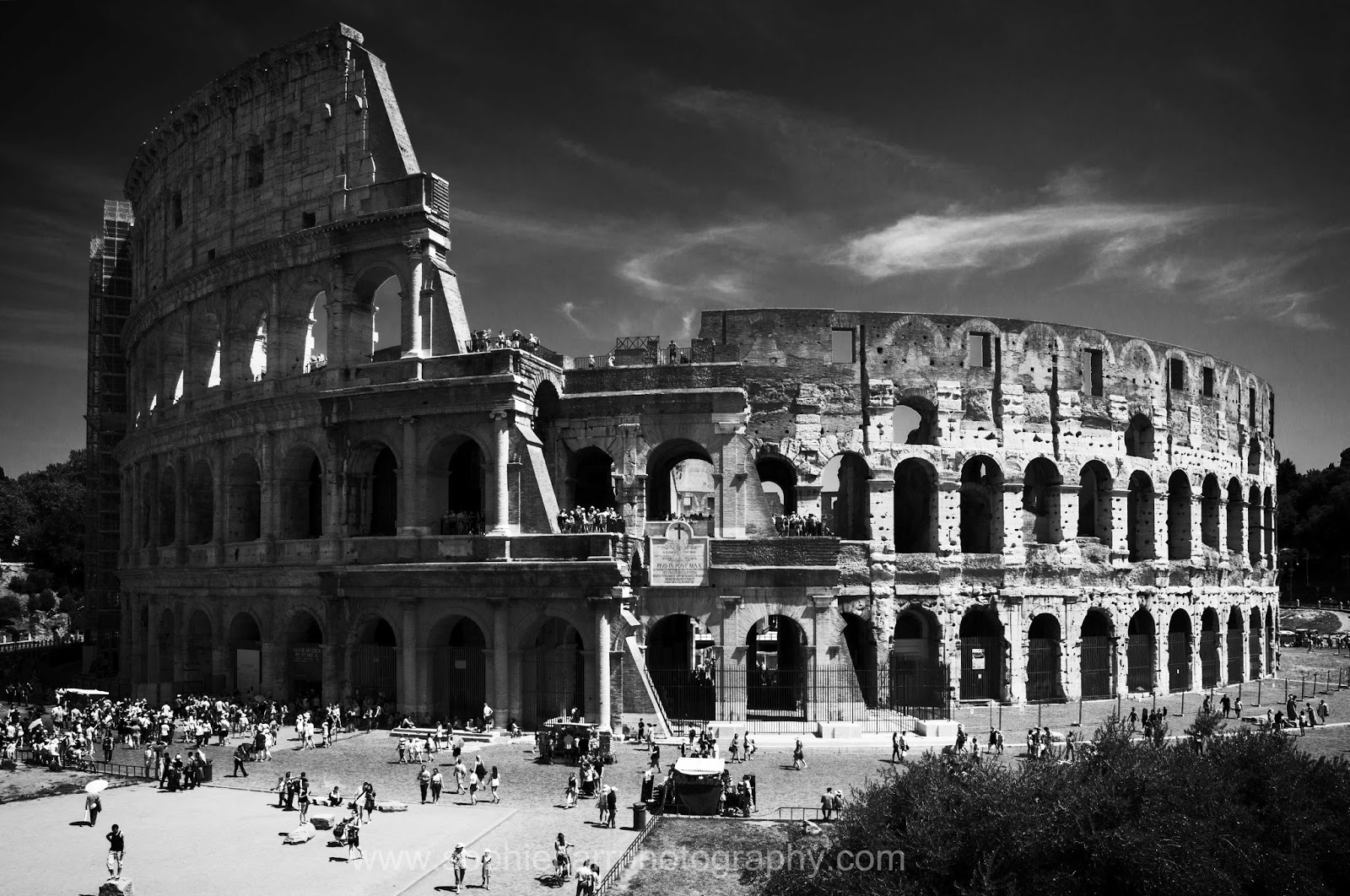 I first visited Rome in November 2010 and it was grey, cold and wet and I didn't like the place all that much, perhaps as a result of the weather, or perhaps just because I couldn't make sense of the mish-mash of ancient, old and new all cobbled together haphazardly. This time I at least knew what to expect the city to look like, and the skies were clear and blue, although this was accompanied by temperatures soaring far higher than I feel comfortable with (at least 32° C). The apartment we stayed in had no air-conditioning, just an ineffectual fan, so I was forced to sleep, ear-plug-less, with the windows wide open onto a noisy square (screaming children and yappy dogs at 1am not appreciated!). As a result of the excessive heat, dreadful nights' sleep and unnecessarily unfriendly waiters, I still didn't come away loving the place.

In spite of that, the architecture, cultural wealth and the history are undeniably impressive. I'd warned my sister that my nephew probably wouldn't be interested in much of the cultural side, the but she was keen to see the Sistine Chapel, so we gave the Vatican Museum a go anyway. I'd paid the €4 per ticket to book online, avoiding the long queue to get in along the City wall outside, but inside the queue continued - right to the Chapel. It was absolutely rammed and the journey past endless riches through the painted corridors to the prized chapel took over 45 minutes, shuffling along with the other tourists, everybody snapping away. It was so packed and hot that it was hard to appreciate the immense treasures we were passing by.  It was less crowded on the return journey, but by that time the seven-year-old was definitely over it (we were too, actually), and so we walked swiftly to the exit (via the wonderful iconic spiral staircase, below (and gift-shop, of course)) and headed off in search of spaghetti bolognese. I took a few shots inside (not in the Sistine Chapel, of course, as it is forbidden there), but in spite of the 5DIII's great low light capabilities they still didn't come out brilliantly. 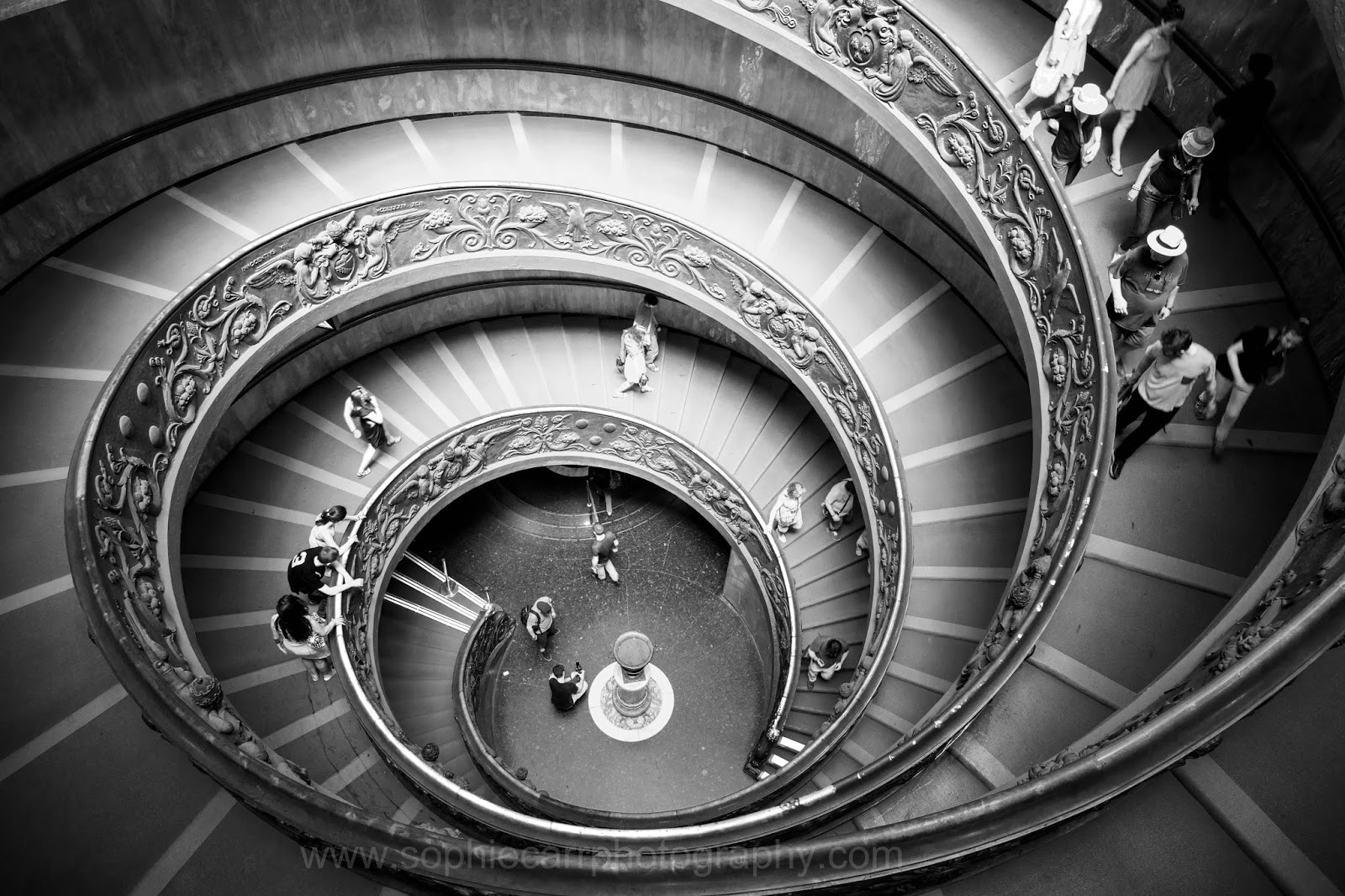 Over the weekend we took metro trains, buses and a tram and visited many of the usual sights - the Piazza San Pietro in the Vatican City (I'm obsessed with those magnificent pillars!), the Colisseum (also worth the €2 a ticket online booking fee to avoid the queues) and nearby Palatine Hill, had a good wander past some other sights (the Trevi Fountain - currently under wraps, the Spanish Steps, the Pantheon, the imposing Altare della Patria, Castel Sant'Angelo) and took an open-top bus tour to see a bit more. We watched the supermoon rise over Ponte Sant'Angelo after the sun had set behind the Vatican City. We visited my favourite restaurant from my previous visit (Enoteca Cul de Sac) in hope of their delicious onion soup, only to find it isn't served in summer (the lasagne wasn't bad, instead). 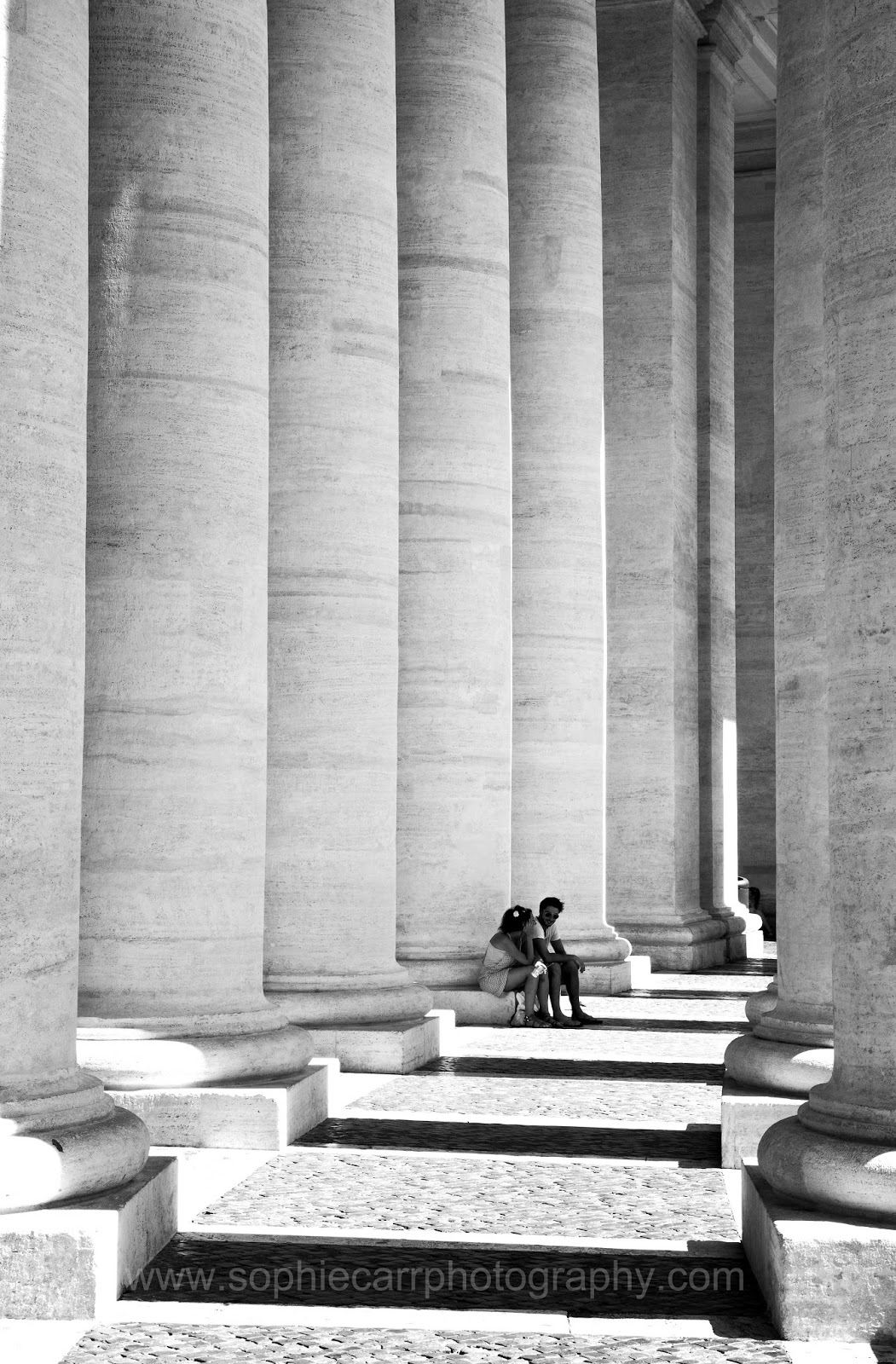 Upon my return home I sifted through the hundreds of photos and began processing a few. One thing that had struck me while I was there was that we were often out in the middle of the day, with harsh overhead sun and deep blue skies (away from the sun, anyway), which would make for striking black and white images. With this in mind I'd tried to capture images that would make the most of this contrast as well as conveying the feeling of the blistering sun. 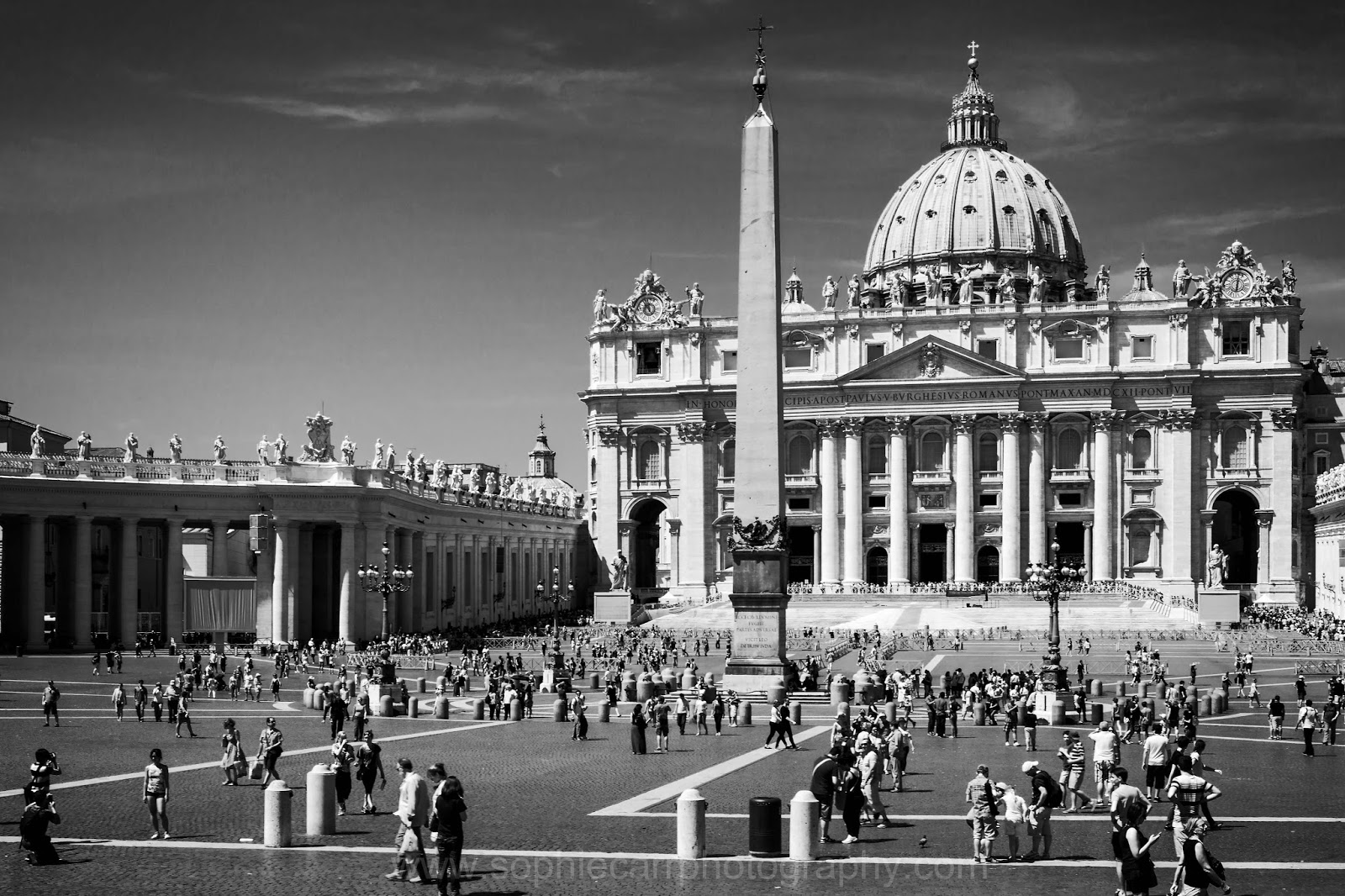 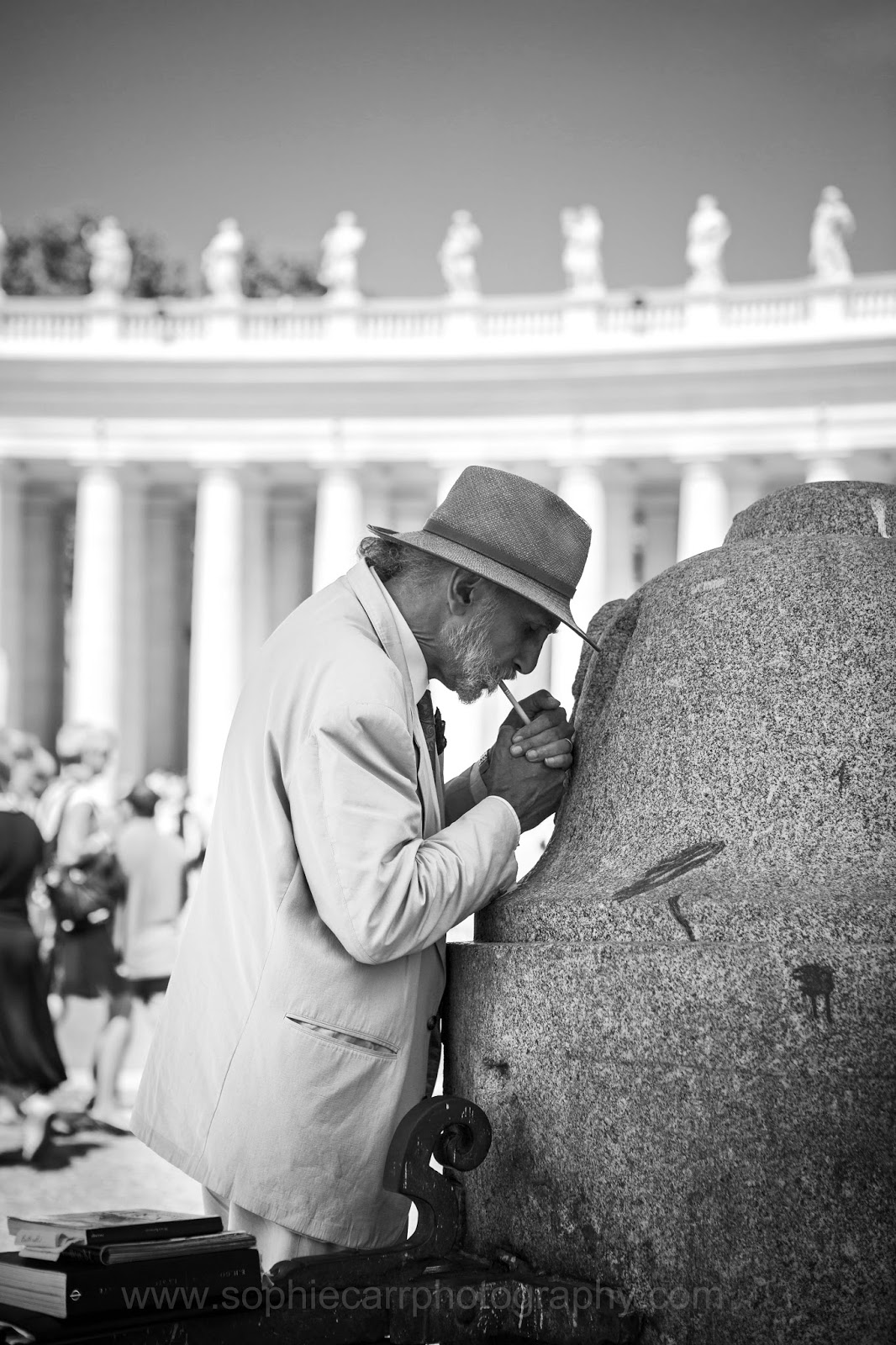 I've recently started using a programme called Perfect Effects 8 for my black and white processing, as it gives huge scope and control over the process which is somewhat basic in Photoshop Elements. I love playing around with the channels and contrast to find the right look, ensuring that the blue skies become dark (move the filter slider over to the red side), the highlights aren't blown out, textures remain strong, the mass of people stand out like little ants and the buildings pop out at you, while still looking real. I finished these images off with a fairly strong dark vignette to make the subject stand out even more. The occasional cirrus cloud lingering around adds a welcome contrast to the skies. 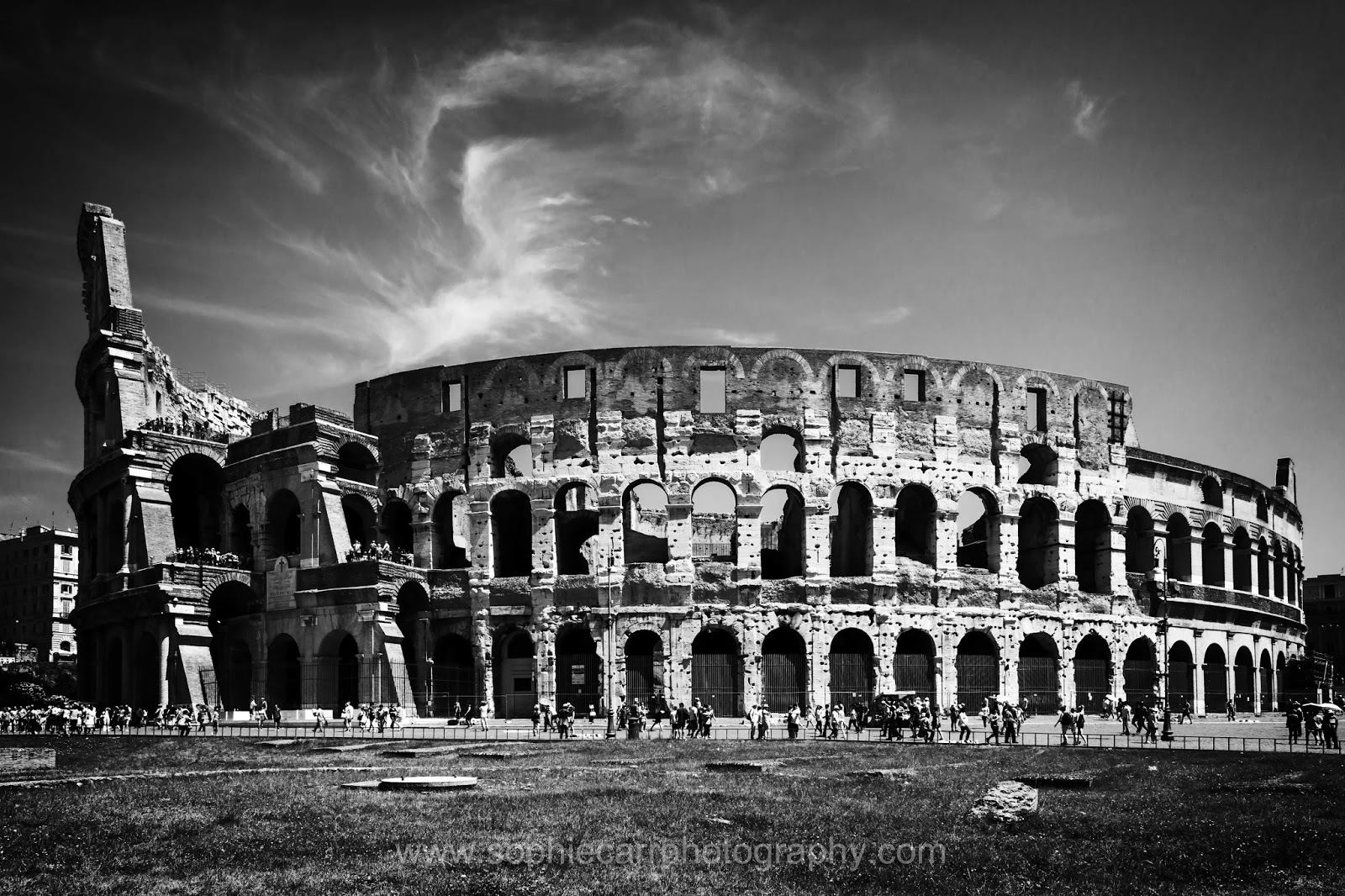 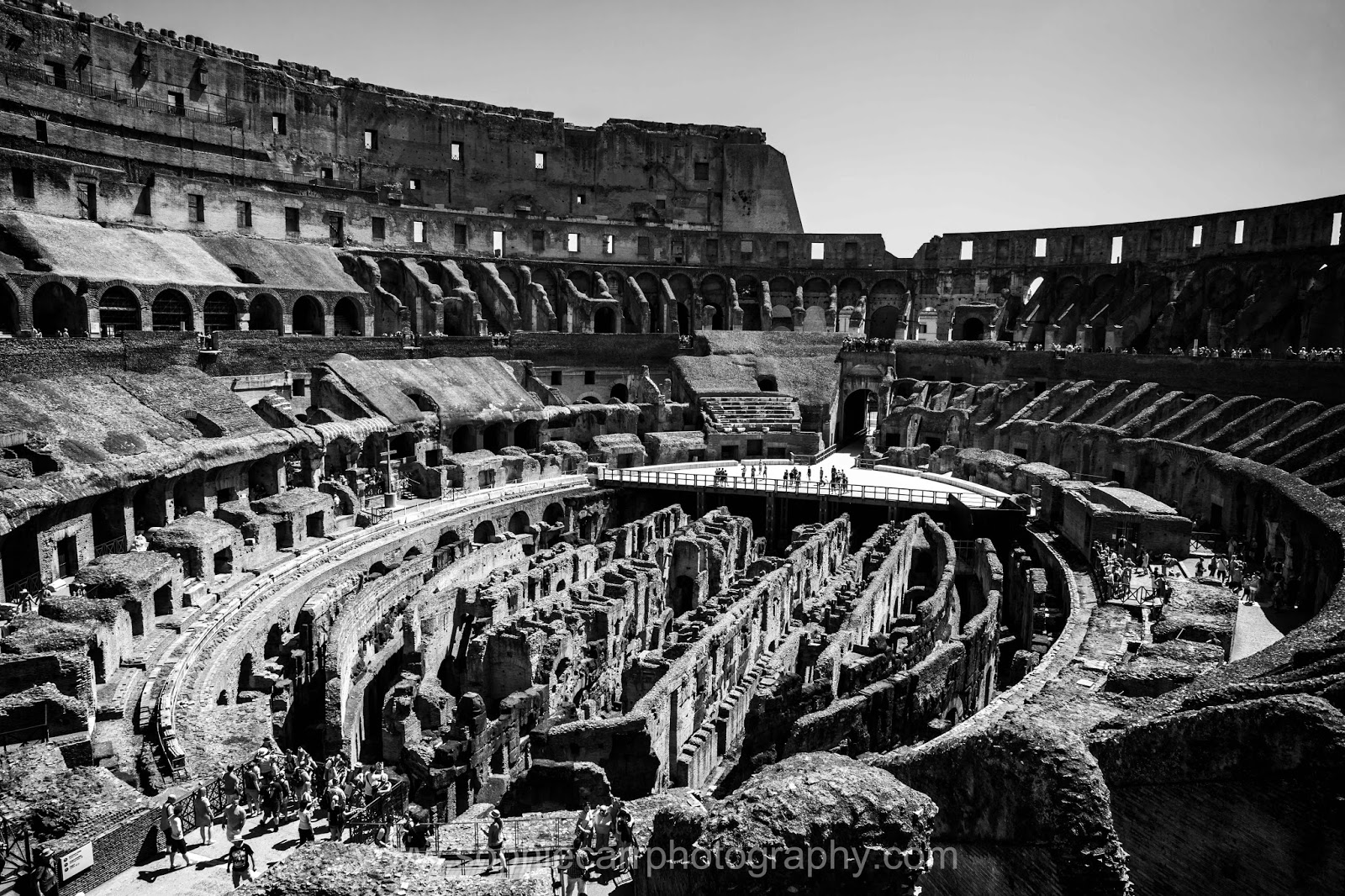 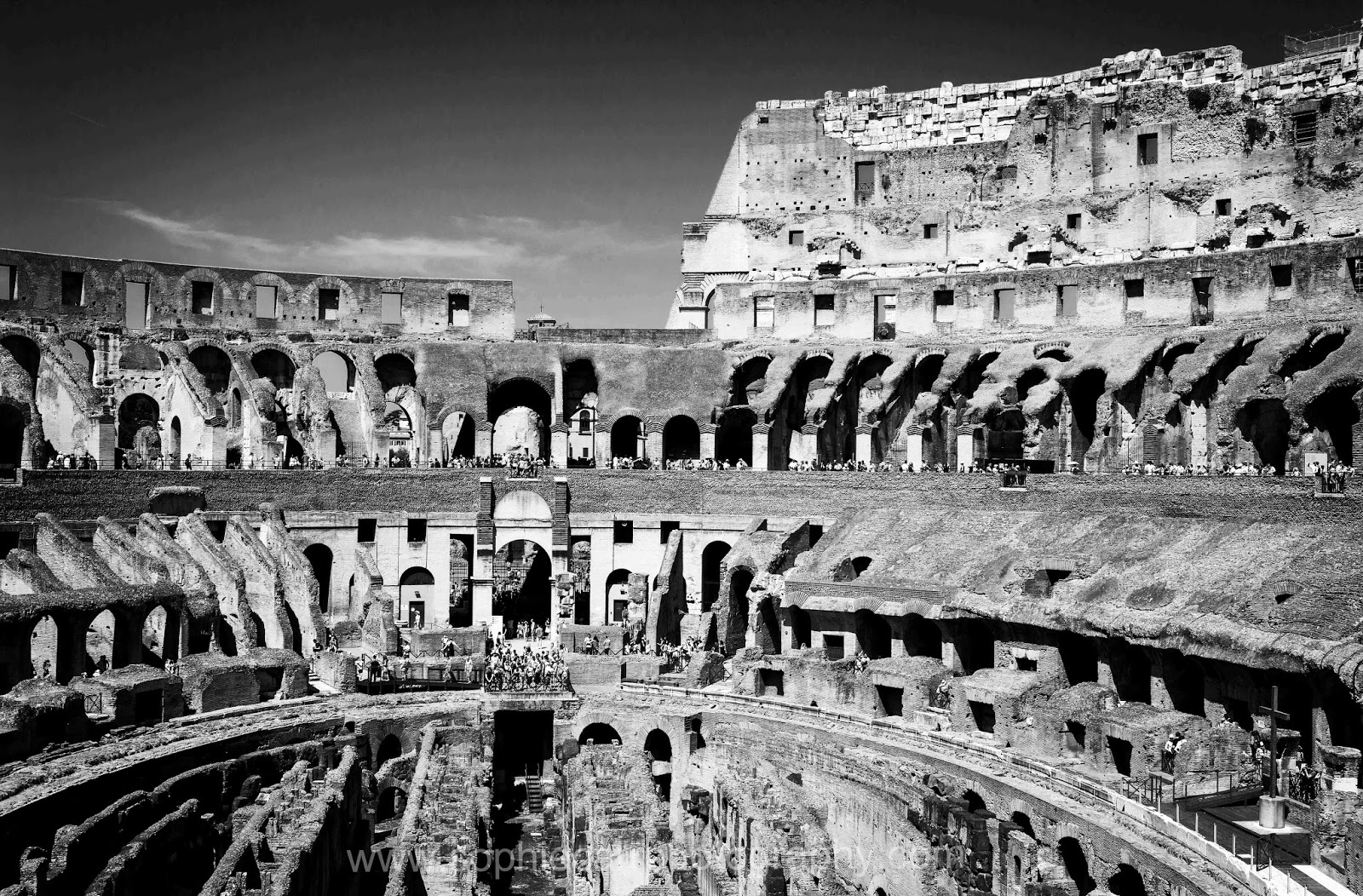 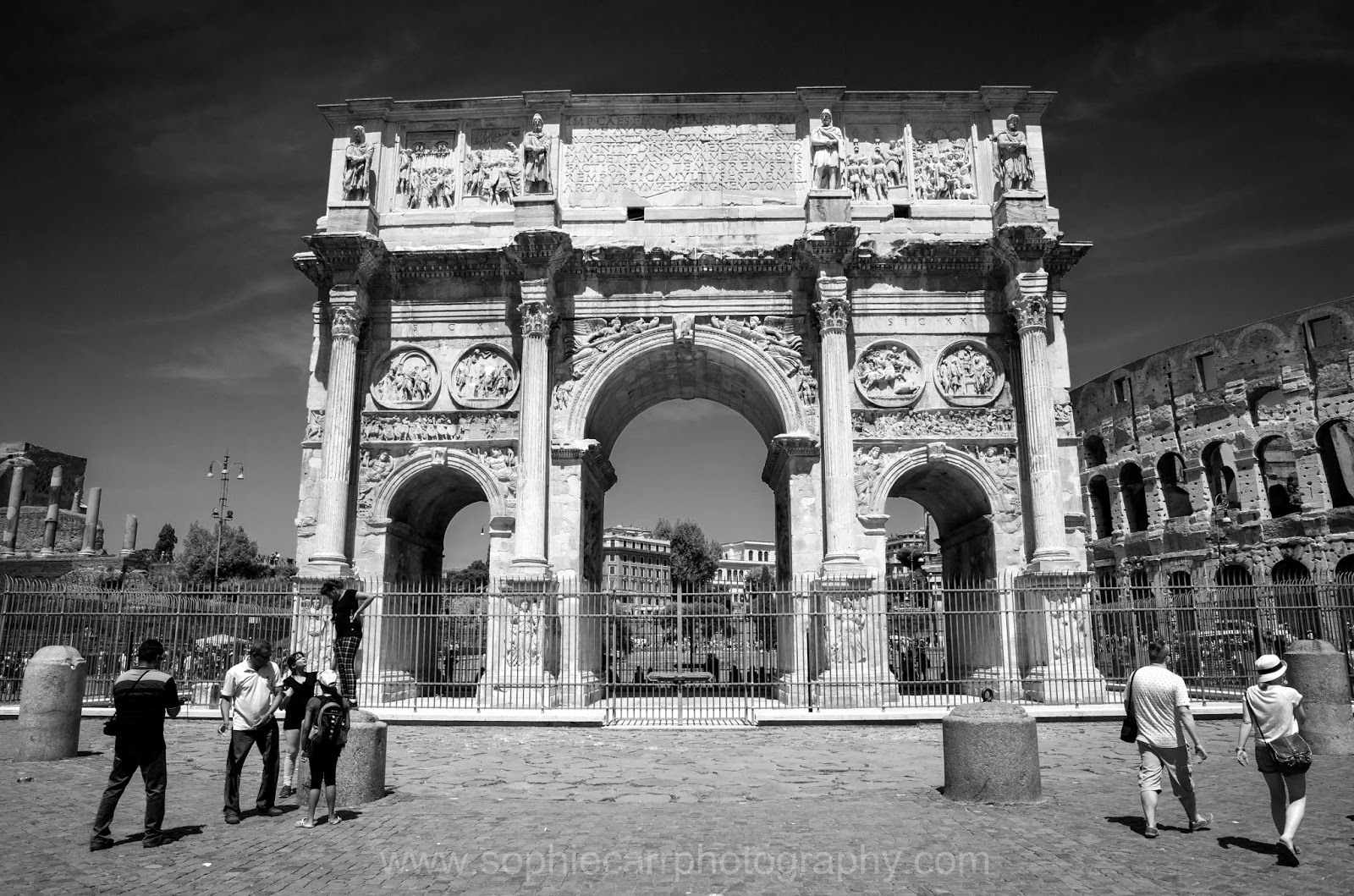 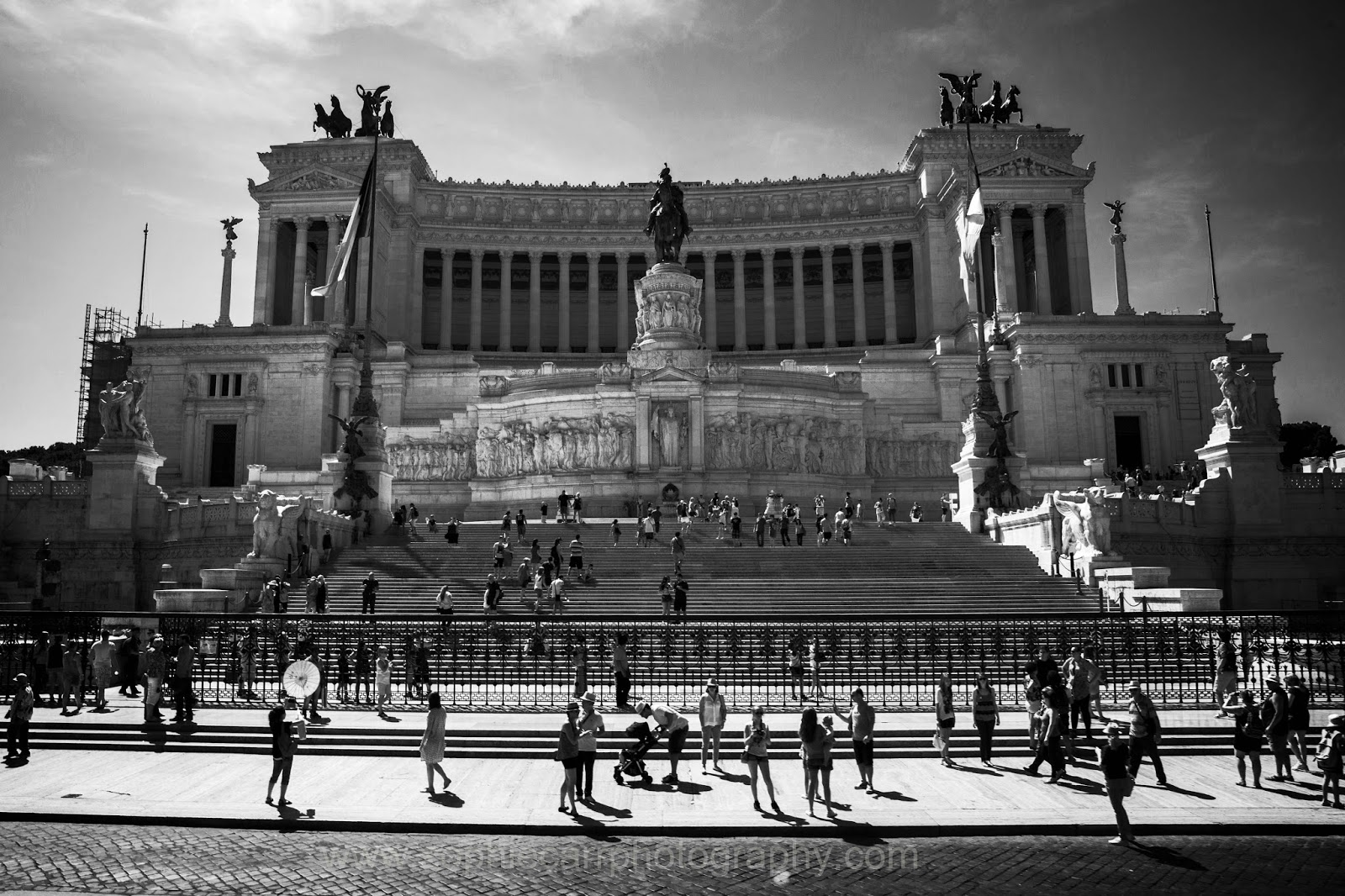 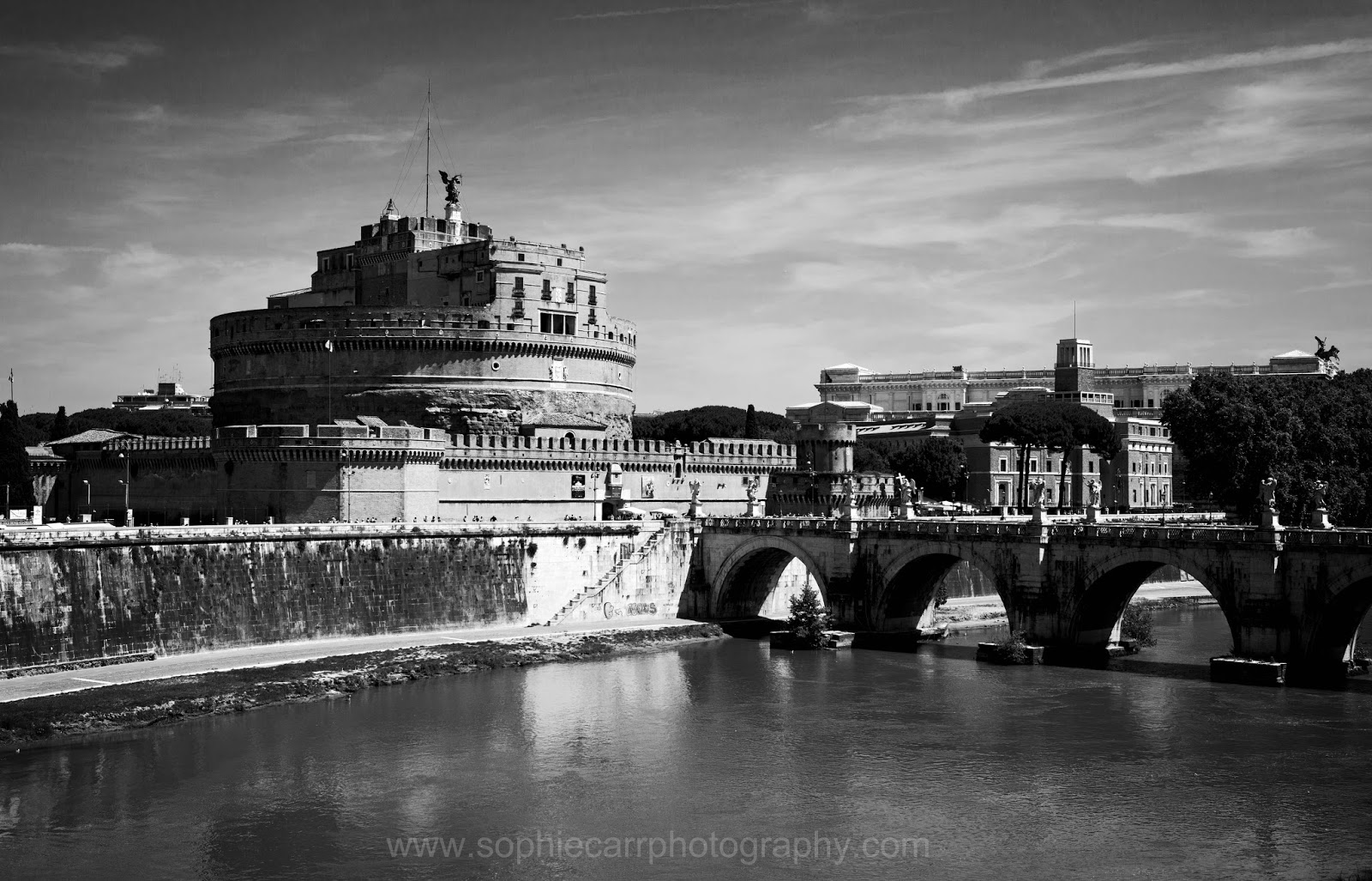 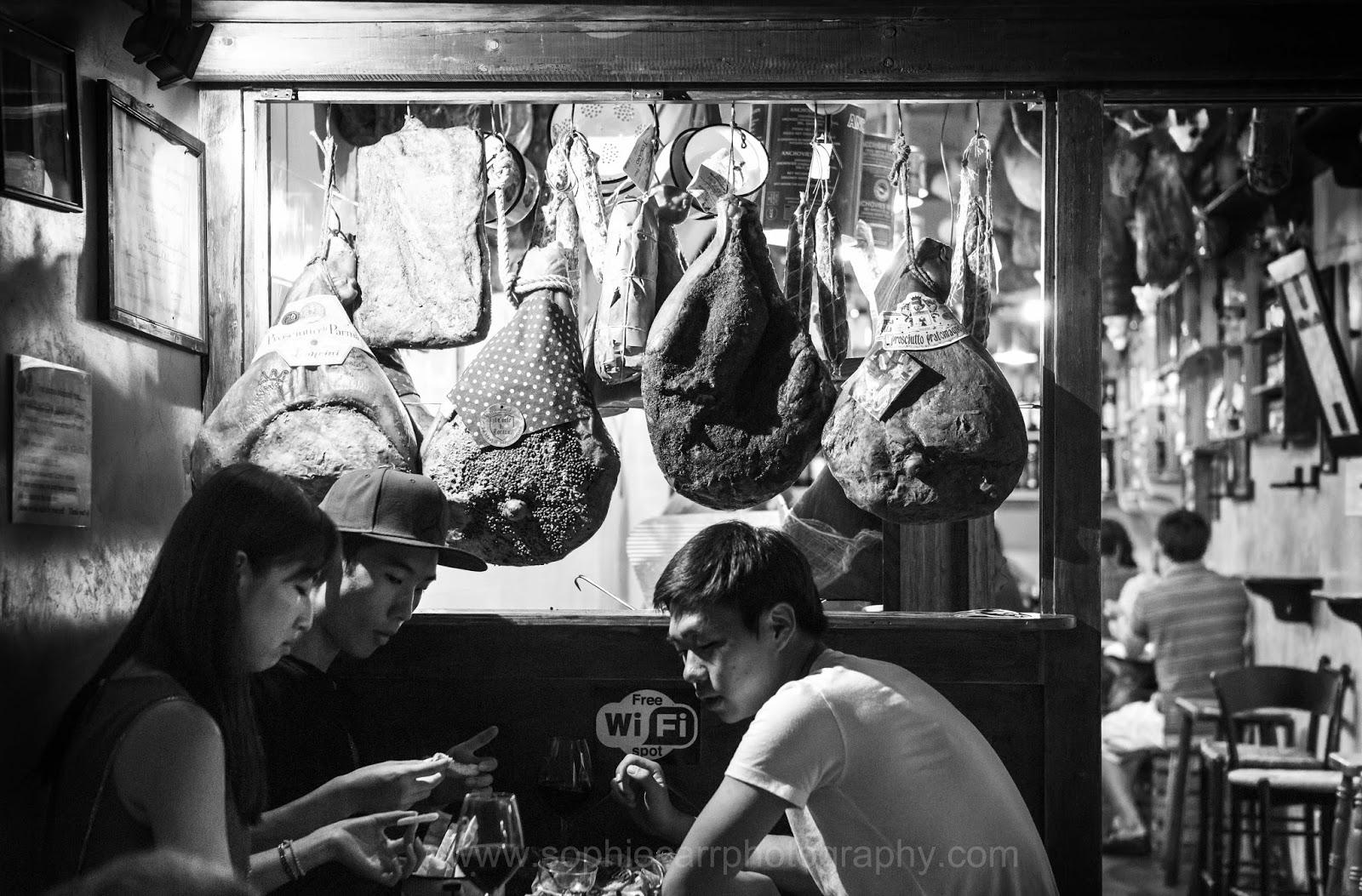 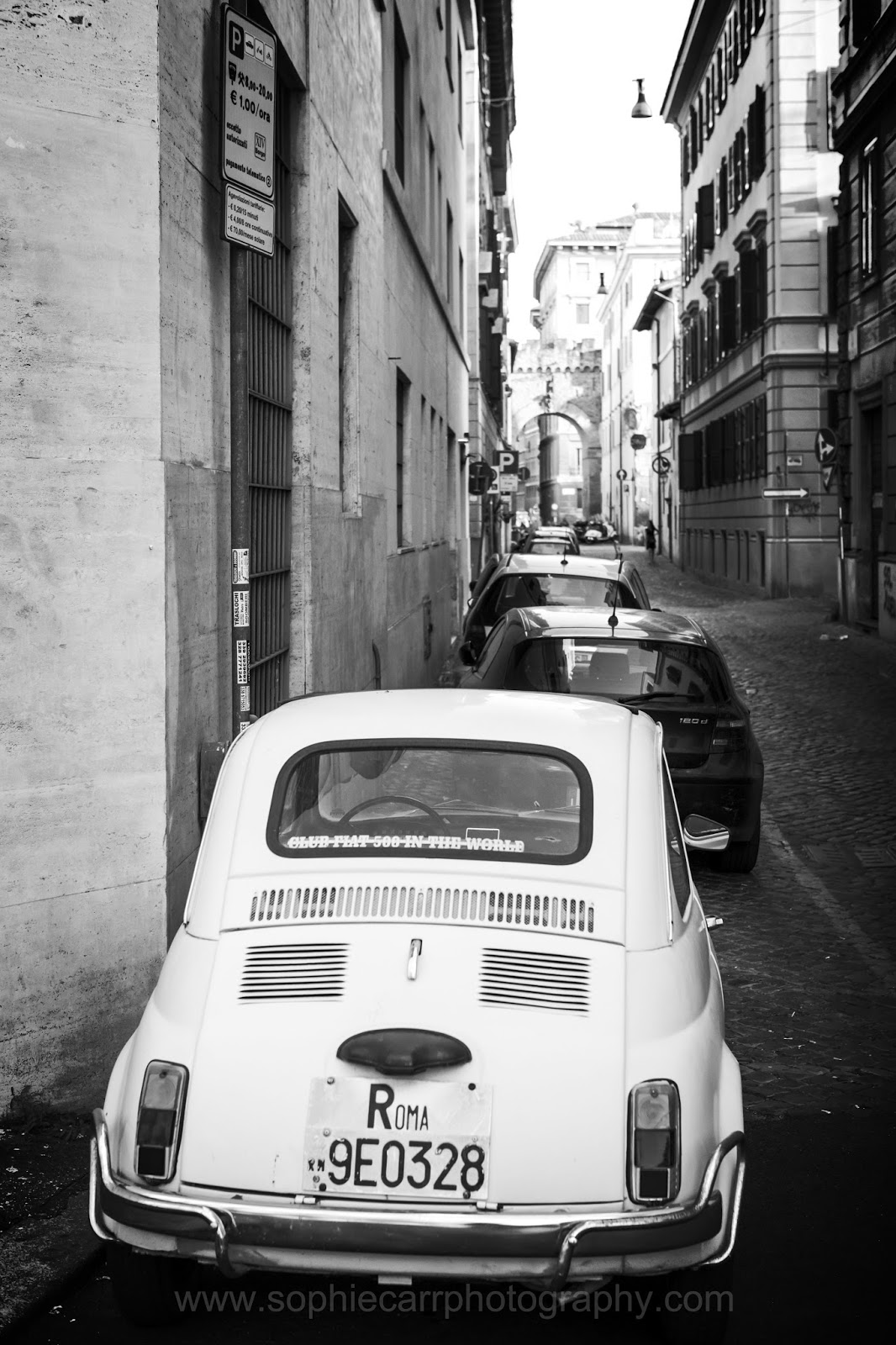 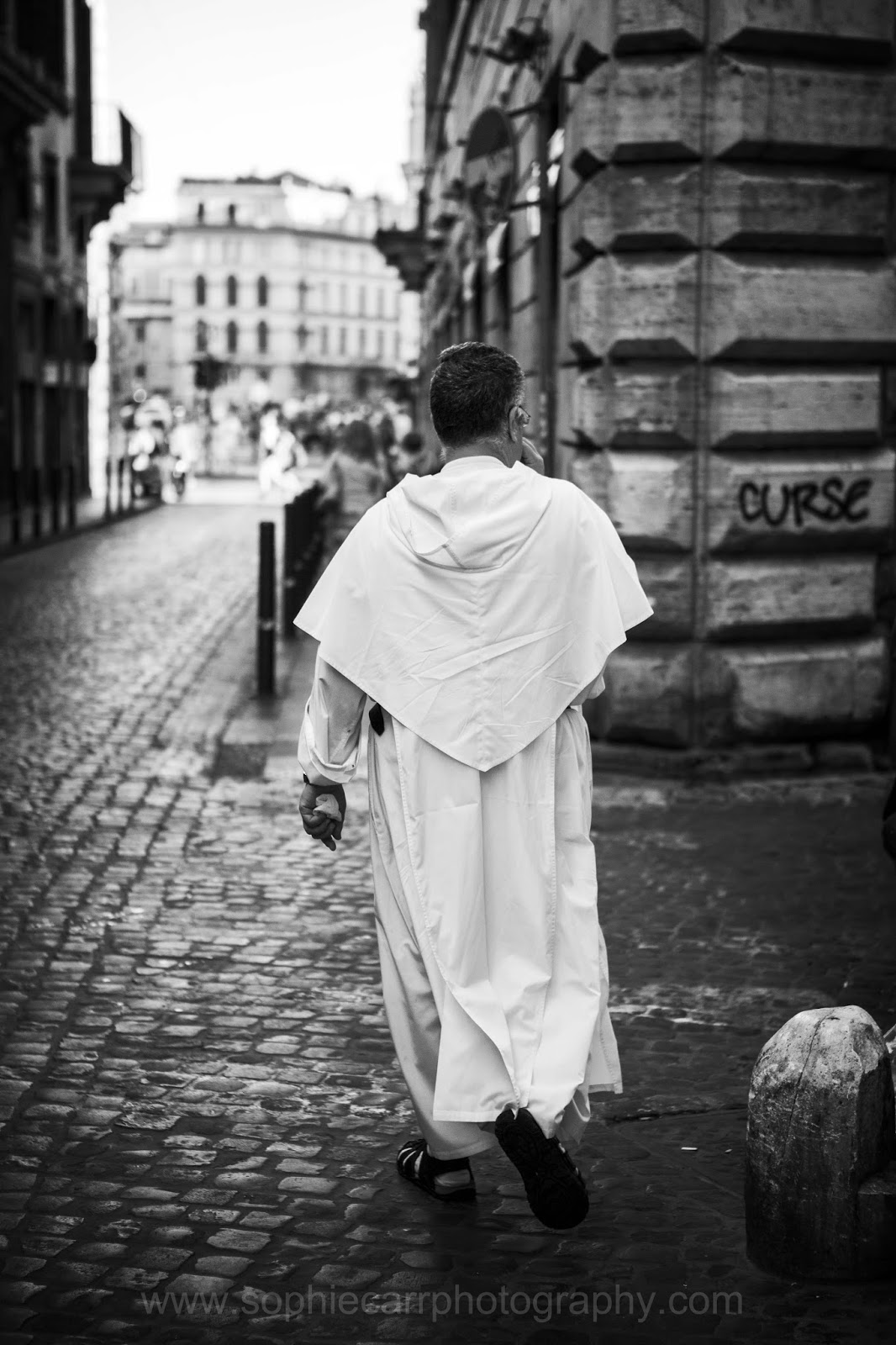 These images (and many more - including some colour ones!) can be seen (bigger) on my website and are available for purchase.
Posted by Sophie Carr at 10:35 0 comments