I set myself a photographic challenge this week - panning. I had an idea in mind: getting a London cab frozen in focus (or at least a fair bit of it) with the background a bit blurred, to show the movement of the cab. Not surprisingly panning the camera to achieve this effect is far more tricky than just setting up a tripod and getting the background sharp and a taxi going past blurred (an alternative way to show movement).

Firstly I had a play around in Piccadilly Circus (no shortage of subject-matter: taxis, buses, bikes, people - constant movement!). I'm not used to being in central London that often, around all those tourists, but when you've got a purpose like photography it's actually very easy to ignore the hoards. They seemed quite intrigued by me. I managed to get a couple of okay shots before a dinner arrangement cut short my fun. 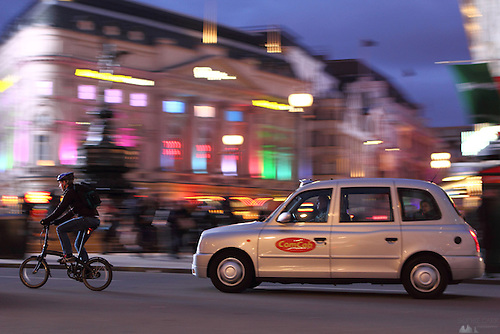 The following night I decided to practise from the comfort of my own home (far warmer, that's for sure). Living on a main road can occasionally have its benefits (fortunately I'm set back from the road - helpful when trying to do this, as well as being less noisy). I must have spent at least two hours kneeling on the sofa snapping away at passing taxis, cars, buses and cyclists going past my window. I got a couple that I quite liked; I particularly like the grunginess of this one - although I was glad to be inside and not passing him by on that dark night! 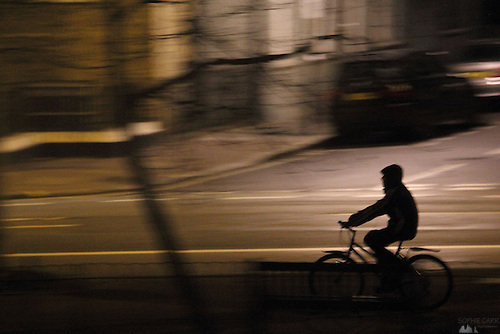 The next night, armed with a little more confidence on technique (see below), I headed back to Piccadilly Circus. I set myself up for a while trying out some different angles and vantage points, and came up with another few that I was fairly pleased with (not many, though - it's not easy!). I eventually got distracted by some incredible clouds heading south and moved on to see if I could capture the sunset over Westminster. Instead I caught in a rain shower over St. James's Park (the sunset was lovely though!). 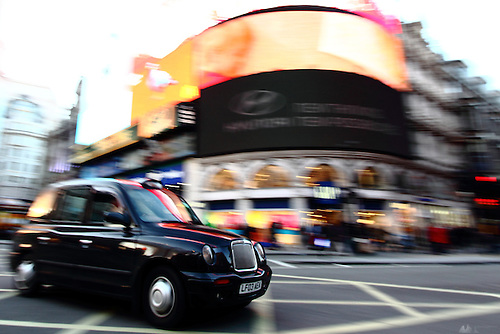 The things I learnt on the technique front are as follows:

1) Use a shutter speed of about 1/20th sec (for a bit of blurring of the background - used in the shot above) or 1/50th sec (for only very slight background blur - used in the shot at the top). I tried slower (1/10th sec) but generally everything in each image was blurred with nothing at all in focus - not the desired effect.
2) Don't try to pan too much or too far. What I got to start with was generally sweeping blurred images - I was panning too far. All you need is a fraction to freeze the motion and get the background a little blurred. I'd say I probably panned about 2 inches (instead of my first attempts which were about 10 inches). Obviously it depends on the distance you are from the action, the angle of the moving object, the speed they're travelling at, the available light, the effect you want, etc. but for just a little bit of movement and a still distinct object, I'd recommend only a tiny movement. You'll need to play around with the shutter speed to get something right for the specific situation.
3) Try to move your body and not the camera. If you move just your wrist or arm then the movement is more jerky and the background will be messy; moving your whole body the camera moves with you and the background is smoother. Tuck the left arm (supporting the lens) right into your body and move your upper body from the hips.
4) Use manual focus. I turned off the autofocus and pre-focused on something at about the distance each passing vehicle was at and then pretty much stuck with that.
5) Practise the technique over and over. It takes a long time to get even one shot right. A lot of it is about luck - getting the right thing in focus at the right time, but it definitely becomes more intuitive once you've spent a few hours doing it. Sometimes you may get nothing in focus but it'll still come out okay.
6) Post-process the results. I always shoot in RAW. To my numerous panning attempts I cropped bits off here and there and altered the exposure, levels, contrast, curves, etc (which I usually do). Some shots that I wouldn't have looked twice at straight off the camera were greatly improved with a bit of post-processing. Shooting in RAW makes this part much easier. 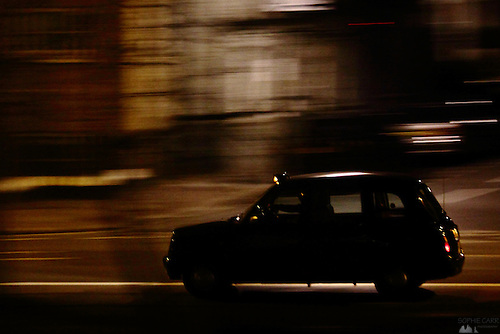 If anyone has any other tips I'd be grateful for any suggestions or comments! I'm off skiing tomorrow and looking forward to practising on the guys on the slopes. We'll see how it works out with all that white snow and sunshine...
Posted by Sophie Carr at 19:01 0 comments

It's one of my favourite times of year in London - spring! The crocuses are a little later than usual, owing to the nasty cold snap we had in February. The orange ones haven't come out at all yet - maybe next week. So I was out and about taking a few snaps today, near my house in Parsons Green. 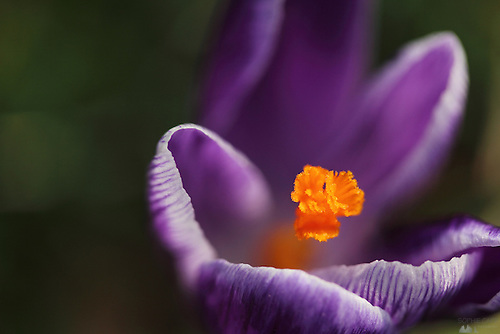 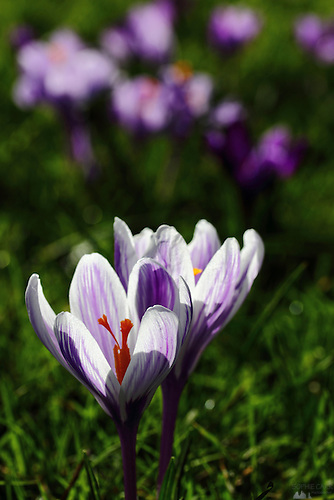 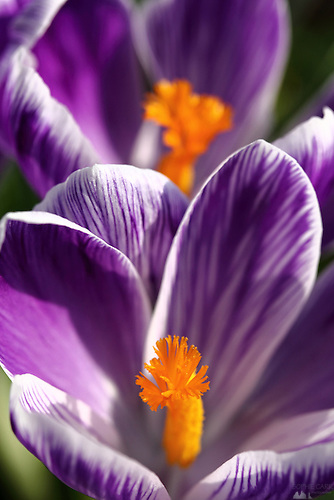 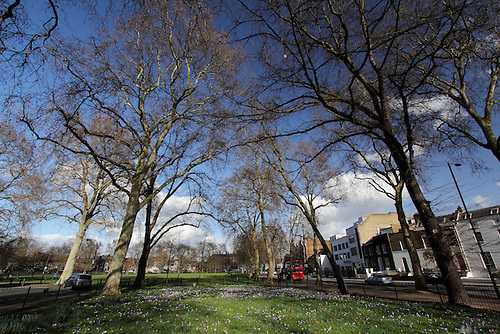