Shortlisted in the Travel Photographer of the Year competition!

Fingers crossed - I'm in the "New Talent" category. Will find out in early December.
Posted by Sophie Carr at 22:20 1 comments

There's more to Bilbao than the Guggenheim

The main reason that people visit Bilbao, I imagine, is to visit the wonderful Frank Gehry-designed Guggenheim museum. It is definitely worth a visit - both for the incredible building, but also for the modern artworks inside and out. We were in Bilbao as a starting point for a trip to the Picos de Europa national park nearby, but Bilbao made a perfect spot to visit before we headed off to the mountains. 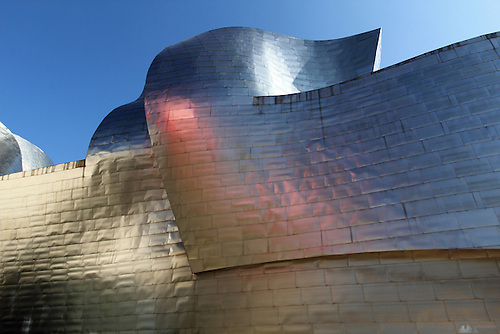 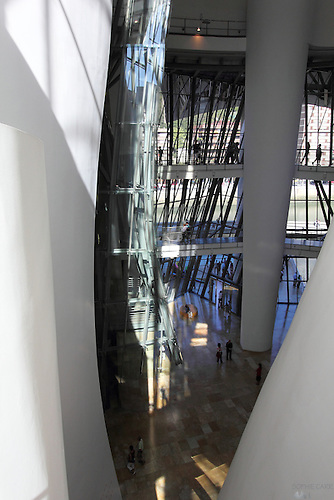 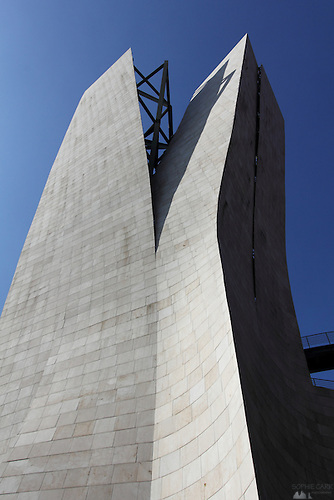 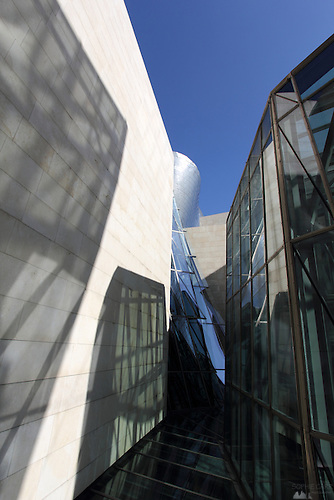 Even if you don't want to fork out the €20 odd to get in to the Guggenheim, there's plenty to see around the outside, with sculptures by Jeff Koons, Louise Bourgeois and Anish Kapoor. 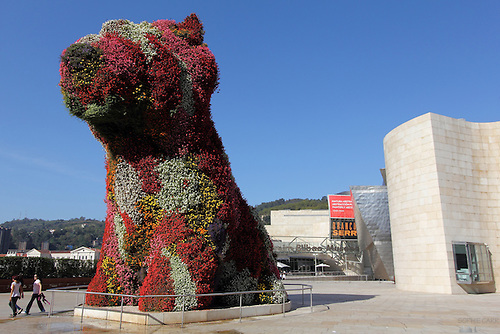 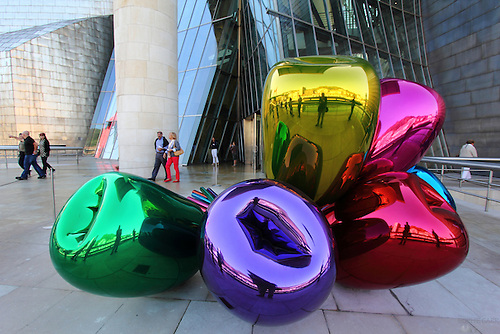 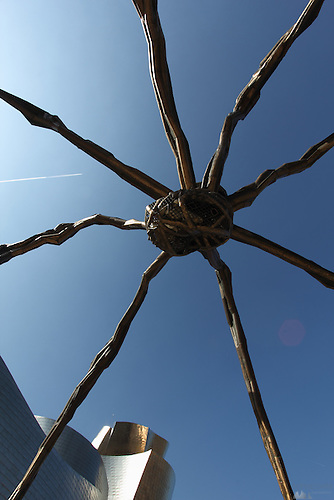 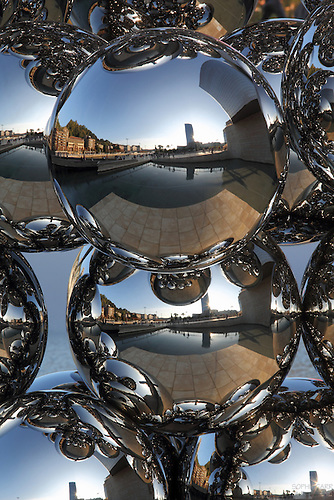 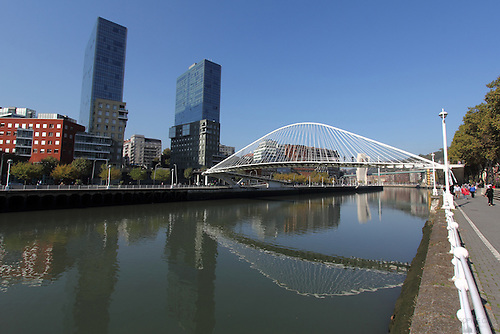 But away from the museum there is also a lot to see. Bilbao was once an industrial city, with not a lot on offer. In the '80s the Basque authorities began a period of redevelopment and with the building of the Guggenheim in 1997 the city really began its transformation, which is still ongoing. I first went 8 or 9 years ago, and even then it wasn't quite as appealing. Now it is a very pleasant city to spend a couple of days in - there's walkways all along the Nervión river over which the stunning white bridge designed by Santiago Calatrava sits (it is named "Pasarela Zubizuri" which means white bridge in Basque).Wandering around on a Sunday morning we stumbled into a large square in Casco Viejo (the old town). In one corner of the square people of all ages huddled together. As we meandered through the crowds we noticed that they had lists and piles of football cards. We were there a week later and the same was going on - people swapping cards to get the ones needed for their lists. 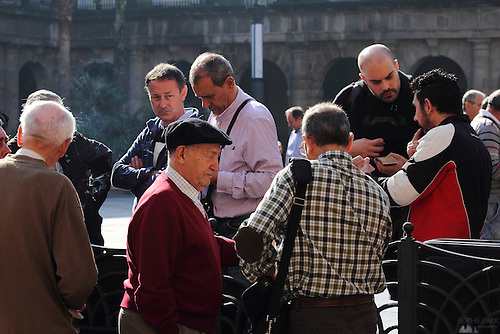 The other thing we stumbled upon was a game of Basque Pelota in progress. We peered through the railings until an old man beckoned us inside to watch. It looked like a game of squash, only on a slightly larger court with green walls and the guys hit the ball with their hands. The speed was impressive; I didn't want to think how their hands might look close-up. A week later we were back and some young boys were playing; it wasn't quite as impressive or fast - they'd got a long way to go... 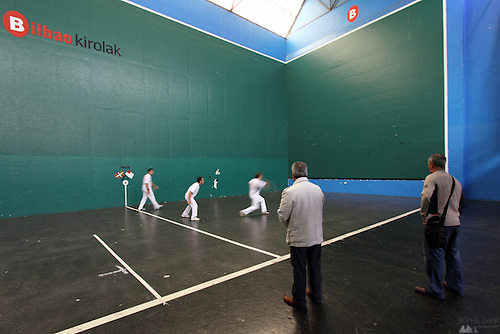 The other thing that seemed to be a Sunday activity was just hanging out along the river; either sitting on a bench enjoying the sun, or walking or cycling along the newly-created riverside path. There was also a jazz trio at an open-air café opposite the Guggenheim, and people with their typically short fringes (a Basque thing, apparently) sat enjoying the music with a cheap glass of wine or beer. 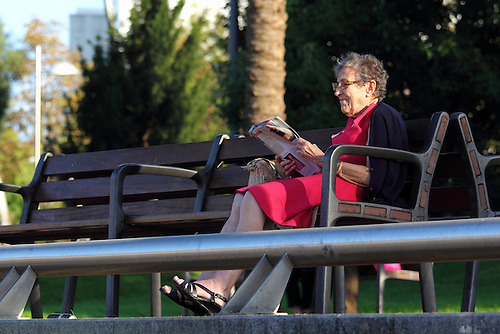 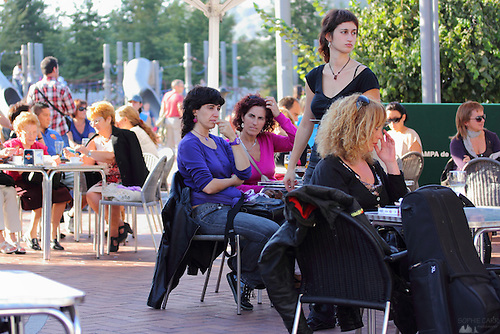 Once the sun sets the city comes alive in a different way. 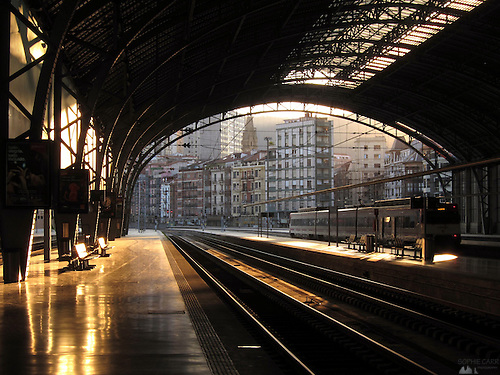 In the early evening on Saturdays the old town is still alive with shoppers, but the crowd slowly changes as people come out for pintxos, the Basque equivalent to tapas, only smaller and cheaper. 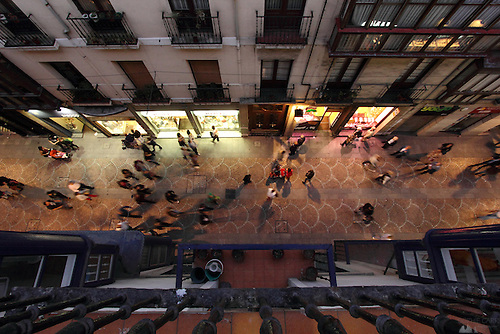 The narrow streets of the old town teem with pintxos bars, with young, dark-haired, short-fringed locals drinking red wine with coke, smoking outside in the streets, hopping from bar to bar, grabbing a pintxo here and a pintxo there. We spent our last night in Spain there, with a friend from LA, and had to try the wine and coke (despite the horror of the idea). I tried to order three red wines with coke and the barman started to pour three glasses of wine, before getting out another glass for coke. I stopped him and tried to explain that I wanted the wine mixed together with the coke, like the last person had had. He laughed when he realised, said "ah, kalimotxo!" and added ice-cubes and coke to the glasses. It didn't taste as bad as I expected - more like coke than wine, but it did feel wrong. The coke was more expensive than the wine in the glass too, so we didn't order another. 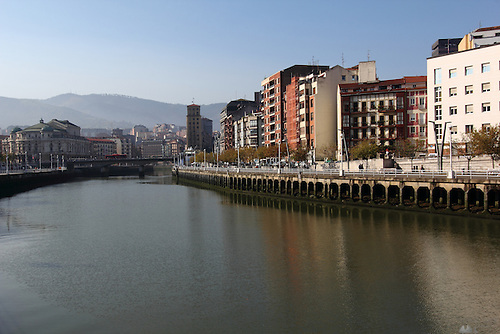 As well as being a great little city to hang out in for a weekend, Bilbao was also a great starting point for a trip to the Picos de Europa mountains nearby. The mountains are 200km away, but the road connections along the northern coast of Spain are pretty good (we didn't have a map and ended up in the middle of Santander by accident, which was a bit annoying). You could fly into Santander itself, which is only 100km away from the park, but then you'd have to fly on Ryanair, and I'd rather drive an extra 100km than having to do that :) 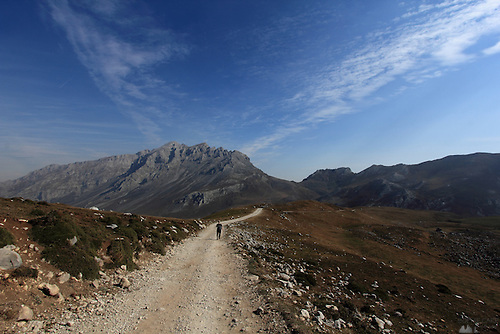